A few years ago, way back when I started this blog actually,  I really got into the habit of making any gifts we needed to give.  But with work, a major renovation and a new baby I had fallen out of the habit.  This year, along with my no paper towel pledge, I promised myself that I would get back on the handmade present wagon.

In December we welcomed our first niece.  Amelie is no longer the only girl and now has a real life baby to play with :)  I made this Granny Stripe blanket for the little poppet. (Pattern from Attic 24) 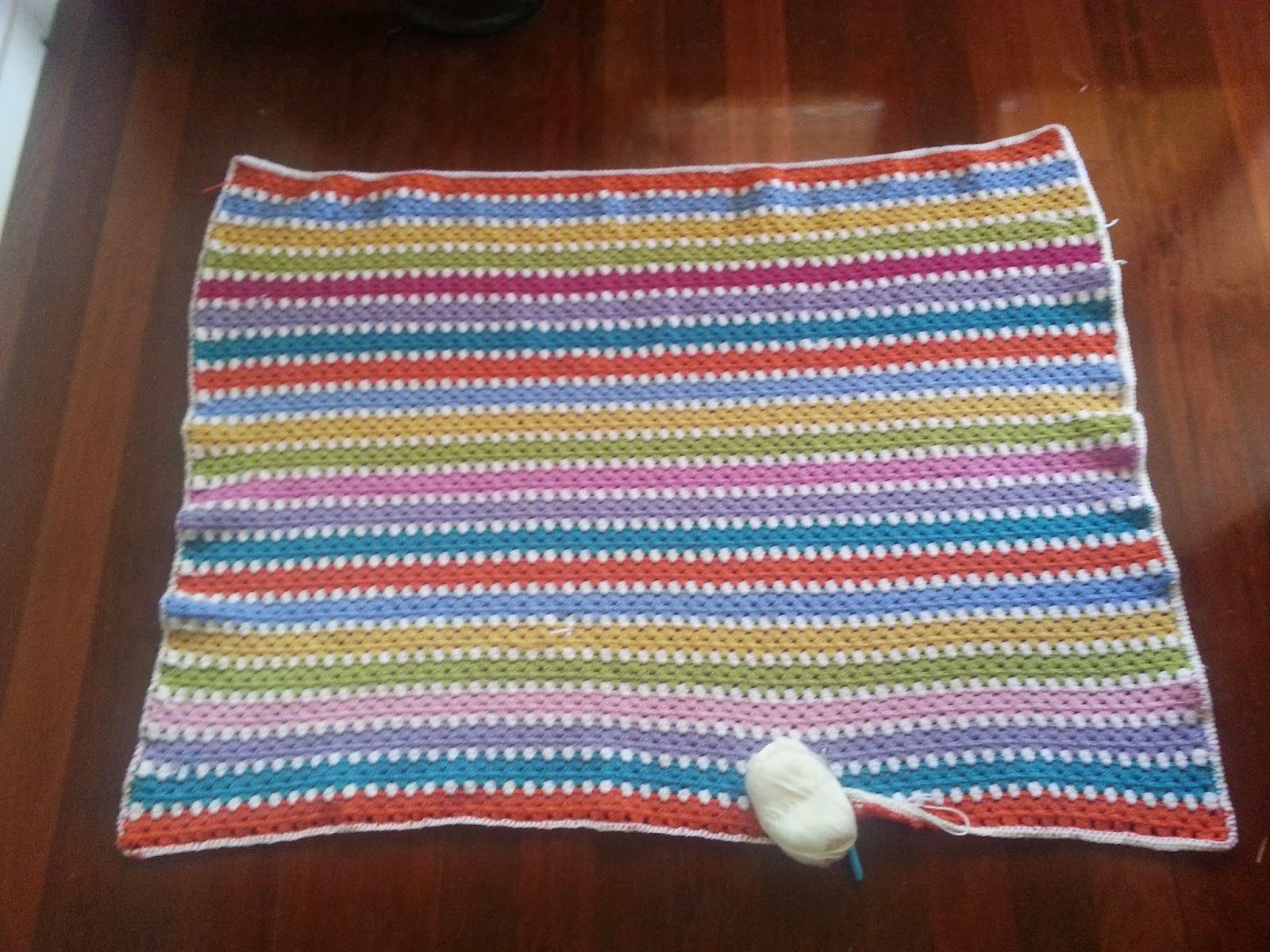 In January a little friend turned 1 and I made her this Blooming Flower cushion (pattern also from Attic 24). 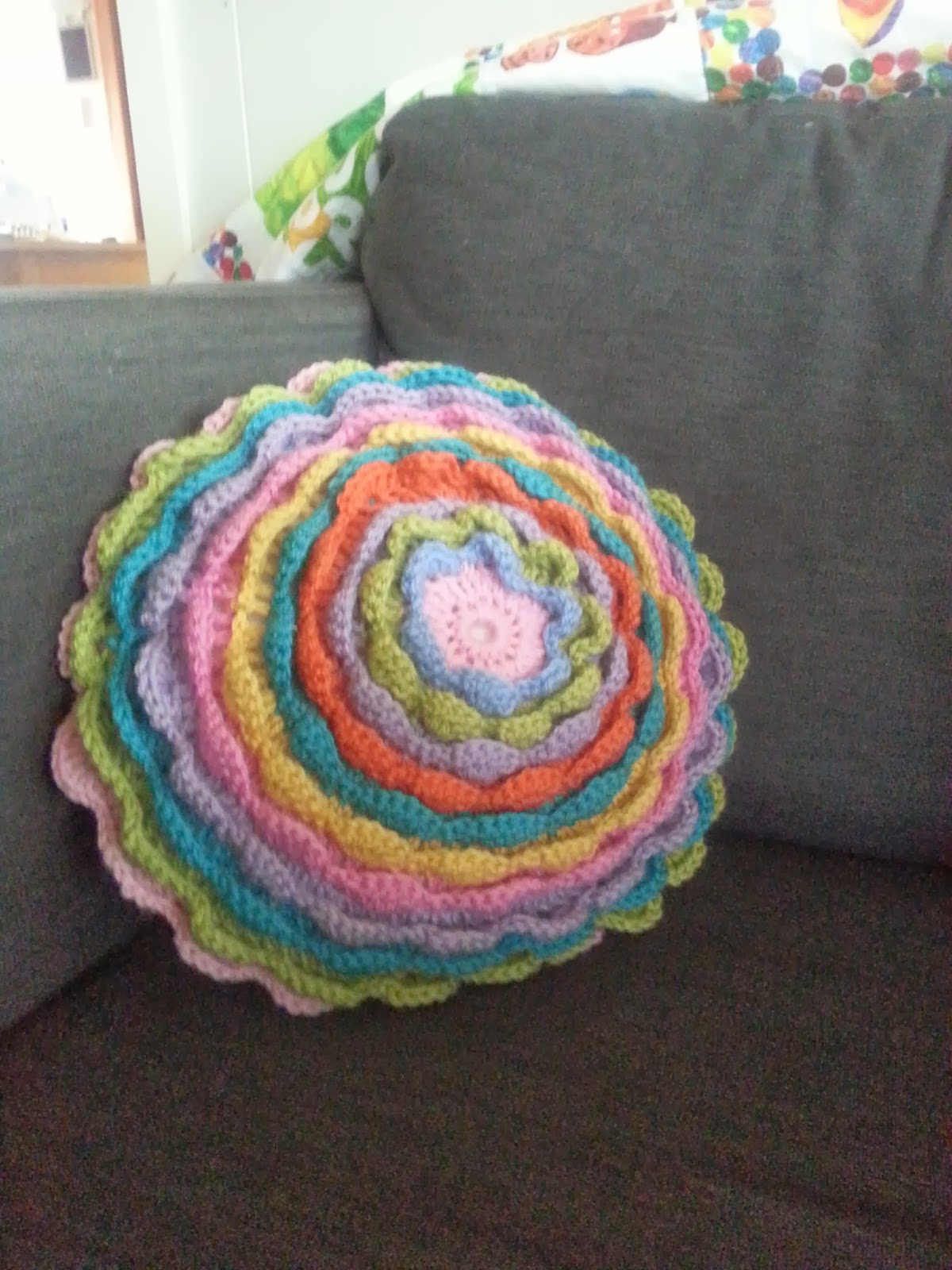 Next birthday belongs to my best friend's daughter who is the same age as Little Guy and one of his closest friends.  She will be receiving this pillowcase dress. 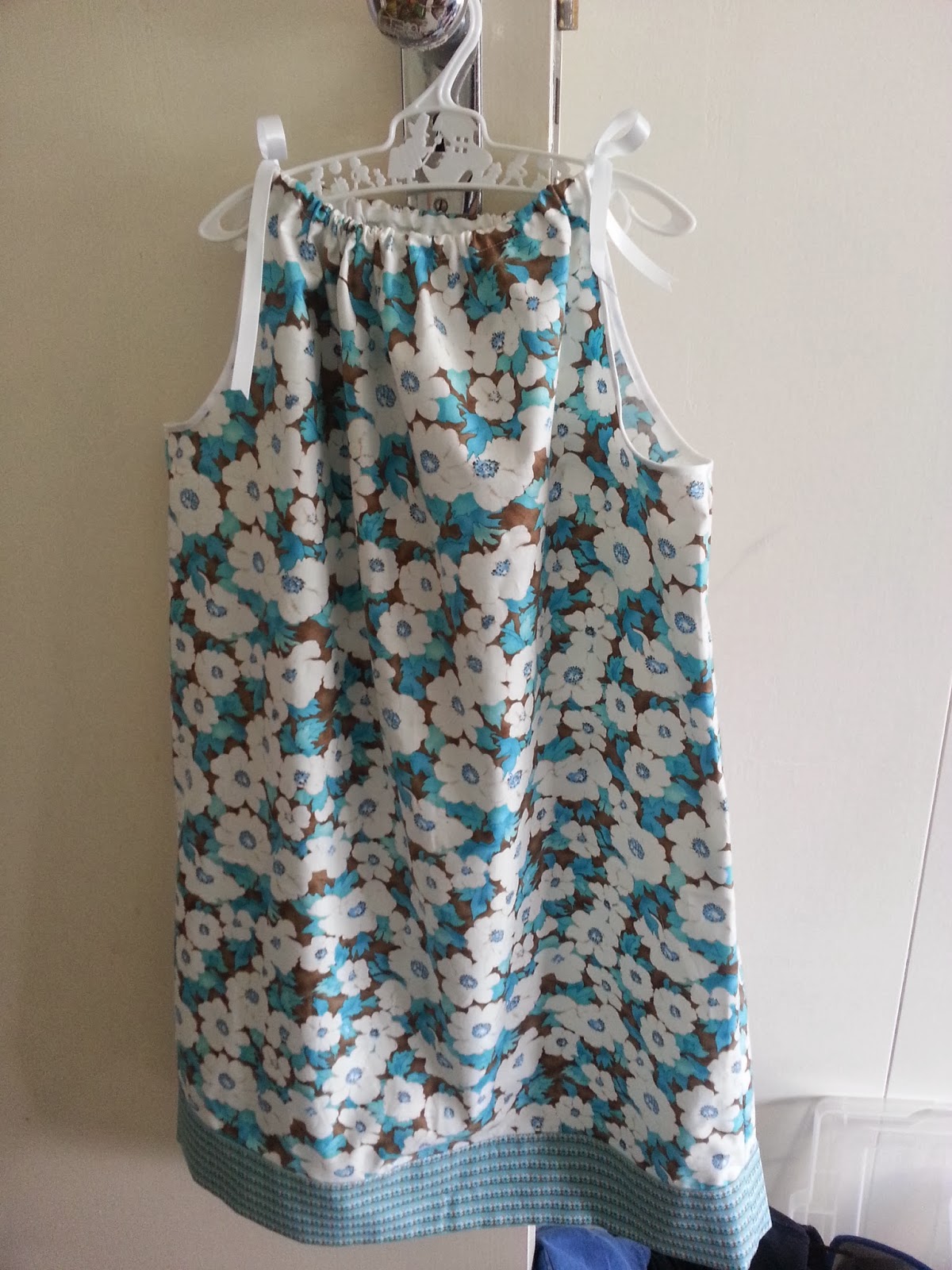 And of course I had to practice the pattern first.  Here is my model showing of her new 'lellow dress.  Her current favourite colour. 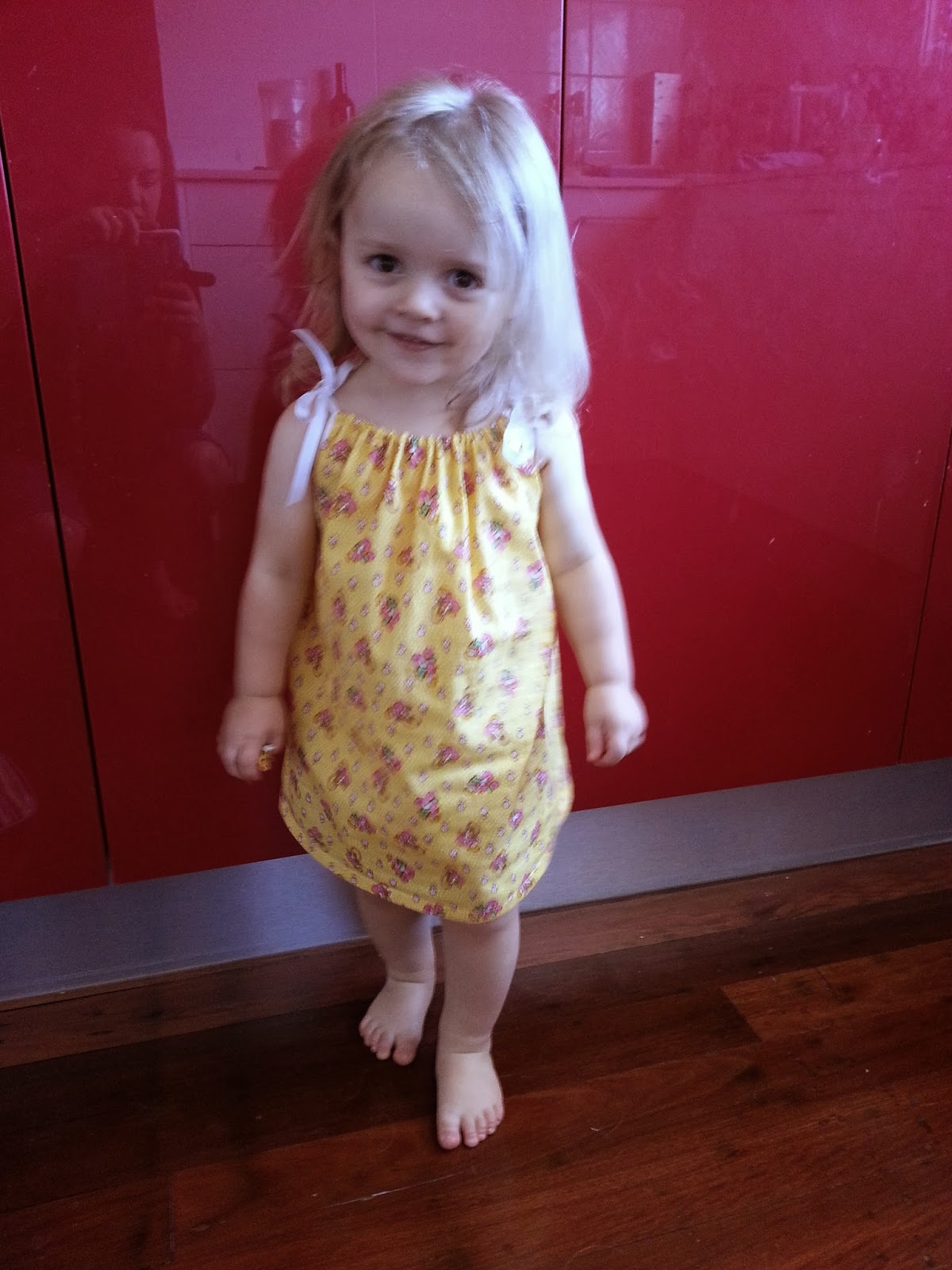 Have you been making much lately? Do you like receiving handmade gifts?

the 'why I am not completely giving up paper towel' post

I've been writing a post in my head for a couple of weeks. Why I am giving up paper towel. As a family with 2 kids and 2 dogs and 2 adults we go through a bit of the stuff. Wiping faces, cleaning bench tops, washing windows and even cleaning outside furniture.  Everything.  We are fairly environmentally friendly people so I could see this was an area for improvement.

So after participating in the dishcloth swap I decided to put theory into practice and start using them.  I resurrected a heap of cloth napkins from the linen press to use and we were away.  When the roll ran out we didn't get any more.

It was all going swimmingly until tonight.   Until I upended a HUGE bowl of spaghetti and sauce all over the kitchen.  All over the floor, me, up the fridge and all over the cupboards.   I broke the bowl and covered myself in burning tomato sauce.   My darling husband got me out of my spaghetti clothes and gave me his dinner and shooed me away to eat and have a little cry.  I whispered shamefacedly to him "there's paper towel in the bottom of the cupboard" as I had discovered a few days earlier we had missed a few stray rolls.  So he scraped up all the spaghetti and sauce and picked up the broken bits of bowl.  I grabbed the mop and got rid of the rest.

Now all of this could have been achieved without paper towel.  But it was quick and clean.  But here is the kicker.  Our floorboards have little gaps in between them which are now, after the mopping and scraping,  filled with meaty sauce.  So I folded up that paper towel and ran it between the boards and got all that sauce out before it went manky/stinky/hard.

(And just for a moment imagine it wasn't sauce..... what if it had been a bodily discharge??)


And that my friends is why I will keep a few rolls of humble paper towel in the cupboard.  FOR EMERGENCIES!  ;)
Posted by Unknown at 8:29 PM 2 comments: