tourist in my own city -Brisbane 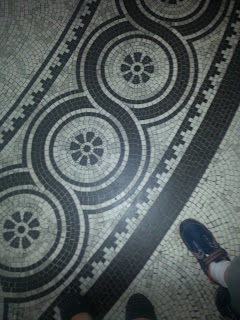 Yesterday I had the rare opportunity to spend the whole day with my little Guy. As parent's of multiple children are sure to understand it is difficult to juggle schedules in order to spend a little quality time with individual children. In the case of the little Guy and I it has been 18 months since we've had the opportunity. But yesterday my baby girl went off to her first day at daycare with an in home carer we have used before and trust immensely. Thus giving the little Guy and I a rare day alone together. We planned elaborate outings involving a bus trip to the city, high tea, art galleries, the museum and a bag of lollies. For me it was a great chance to walk around our city and enjoy it from a bit of a tourist perspective. Being school holidays there was lots of fun activities and things to look at going on as well. 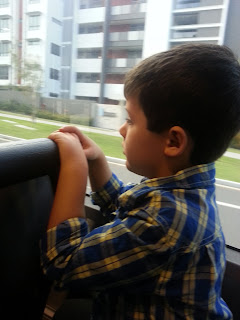 We started on the bus 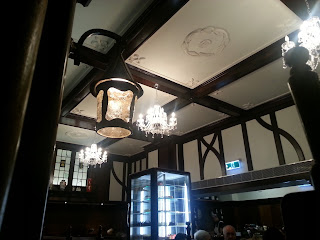 Stopped for high tea at the Shingle Inn in the newly refurbished City Hall. When I was at school my Grandmother would bring me to the Shingle Inn on Edward St and we would have waffles for lunch -very decadent! She had frequented this tea room as a young lady and it had changed little since then. A few years ago when I was a young woman working in the city they refurbished the building on Edward St and removed the original Shingle Inn. Fortunately though they saved all the original fittings and now many years later they have recreated the tea rooms at City Hall. We enjoyed waffles and a Devonshire tea. 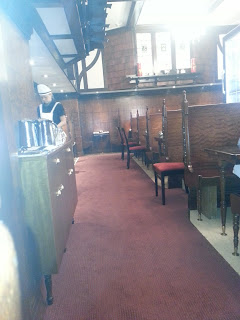 We then went upstairs to the Museum of Brisbane and looked at the exhibits - one about the history of Rugby in Queensland which I really enjoyed, one about Expo 88 which was fun and one all about the Brisbane River. 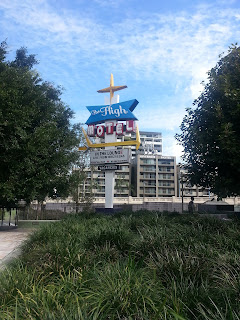 After a quick sushi stop we headed across the River to the art galleries. The QAG, GOMA, Museum and the State Library host a fantastic range of free activities over the holidays. Little Guy had done the museum last week with Husband Guy so we did the Galleries instead.

Last stop was in Southbank Parklands at the Great Aussie Sweet Company for a bag of lollies. A rare treat for him. For me it was also a treat because as a teenager I worked in this shop and developed a deep and abiding love of fine sweets and chocolates. I still love going back when I can and picking out a few lollies for my bag.

Home on the bus and to pick up the bubba who aced her first day. She is only going one day per week which will give me some extra for spring cleaning and mosy exciting to teach some quilting classes! ! The little Guy and I will also have a regular afternoon milkshake date as well.
Posted by Unknown at 6:44 AM

Sigh, I miss Brisbane. How nice to have a special day out just with the little guy. I get one on one time with Rafa but not with his big sister. I should work out a time to do that now and then.